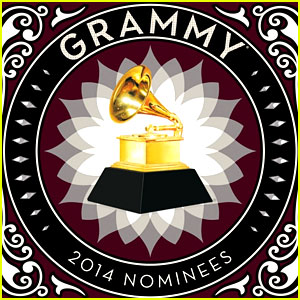 I’m usually pretty ambivalent about the Grammys. While they always have some acts worth watching, the show usually runs way too long and has too much drivel for my tastes.

But I’m pretty excited this year.

Even in the categories traditionally populated by epic blandness, some great songs and albums made the cut. And some of the live acts we’re expecting tonight could give historic performances (Mr. & Mrs. Shawn Carter; Richard Starkey and his cute younger friend; a reconstituted Highwaymen, with Merle Haggard and Blake Shelton replacing the late great Johnny Cash and Waylon Jennings; Daft Punk with Stevie Wonder — the list goes on).
Here are my predictions for three of the biggest awards. Feel free to play along at home:

Record of the Year: “Royals” by Lorde. I think “Get Lucky” is a better record, but would be shocked if the stodgy Grammy voters chose something that far out, even though it could have been #1 in 1979 as well.

Album of the Year: “The Heist” by Macklemore and Lewis. Could Grammy producers telegraph any clearer how much they love the egalitarian message of this album? Get ready for Queen Latifah officiating a bunch of gay and straight marriages on stage with Madonna. None of my favorite albums of the year was nominated, and I’m still shocked they didn’t nominate JT’s “20/20 Experience Vol. 1.”

Best New Artist: Macklemore and Lewis. In fairness, I haven’t heard a lot from most of the new artists, but I like what I’ve heard from them all, and can live with any of em.

Are you looking forward to the Grammys tonight? Let me know @markmorge.