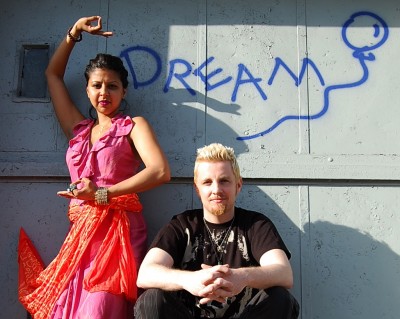 Let’s get to know the bands. Today it’s the 8 PM band My Pet Dragon.
I also put together a podcast of all 8 bands playing Saturday, October 22 at Mercury Lounge. It’s a Free Podcast at iTunes
All the info about our CMJ showcase.

My Pet Dragon:
The buzz about New York City-based rock band My Pet Dragon can be attributed to their anthemic songs and powerful live show. Strong pop melodies and lead singer/songwriter Todd Michaelsen’s soaring vocals define their newly released LP, Mountains and Cities.The 5-piece melodic rock band has been compared to Coldplay, the Smashing Pumpkins, and the Flaming Lips. Roll Magazine says, “As U2 and Muse are already packing stadiums around the world… itâ€™s really only a matter of time before My Pet Dragon is doing the same. Thanks to Michaelsen and his musical compadres, theyâ€™ve already got the hooks and chutzpah to make it happen. Now all they need is opportunity to knock on the door.”‘Mountains and Cities’ also boasts contributions by members of Mercury Rev, Gov’t Mule, and Hurricane Bells. The record was produced by Stephen George, the former drummer of the band Ministry. George has worked with a wide range of pop artists including Iggy Pop, the Cars, and Common. The Electric Panda music blog says “if you remember a time when rock music on the radio was GOOD â€“ My Pet Dragon is your band.” Grab a free download of Moonshine at: www.mypetdragon.net