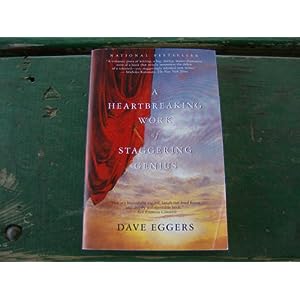 It is an obligation of sorts.  This need I have to consume all stories related to coming of age, that is.  I work with adolescents, so it could be considered research.  But going back to “Stand by Me,” I’ll admit to finding pieces of myself in most of these stories.  Whether it is a movie like “Ghost World” or novels such as “Catcher in the Rye” or “Rule of the Bone,” I’ve probably done a better than average job of completing my, um……research.  Which is why I was truly bothered by a recent article I read about J.D. Salinger.

The article, which was mostly forgettable, was about a small liberal arts school highlighting its connection to Salinger.  Salinger, who had once attended this school and lived in one of the dormitories, was being celebrated by the college in a contest-y sort of a way (be declared the best writer in the college, and you would be awarded Salinger’s dorm room.)  What struck me was the student body’s lack of interest, and in particular one student who declared that Salinger’s work was for a previous generation; that current students were much more affected by “A Heartbreaking Work of Staggering Genius” by David Eggers.  I thought………whaaaaat?  First, I love Holden Caulfield.  And second, I’m pretty sure I’ve never even heard of that book.

So, I bought the book, a decade old at this point (it was originally published in 2001).  I also saw that it had been a finalist for the Pulitzer.  I blame my young children for my lateness to the party.

I was blown away by A.H.W.O.S.G., which is a memoir, because of the prose and intelligence of the author, because of the cultural references, and because of the compelling story within.  My feelings seem aligned with much of the initial reaction to the book.  You can read literary reviews which lavish praise on the book, but then there is a  backlash from readers on any number of websites.  So, buyer beware.  This book is unique and embraces an unconventional approach to writing, and as a result not everybody will love it.  The same qualities that make it stand out from other memoirs, make it less approachable for some readers.  Eggers is also sometimes criticized for focusing too much on clever observations and stylings, at the expense of developing his narrative.  Of course, it is also difficult to work through a story of a young man’s tragedy, and leading a life that spins a bit wildly as a result.

Eggers tells his story, which involves losing both parents within five months, leaving him and his three siblings somewhat listless.  What complicates his life further is that at 22, he is charged with raising his much younger brother Christopher (Toph).  Because of life insurance polices, they have money.  The life they lead is complex (indoor and physical games of sock sliding which might lead to forfeiture of security deposits, followed by somewhat unorthodox bedtime stories such as Hiroshima, and then of course the detailed scenes in which Toph is left with a babysitter for the first time, leading to an unexpected and horrifying psuedo-panic attack in the author).  Eggers was immersed in the early 90’s, describing his being a finalist for Real World San Francisco, his relationships with Judd and Puck (remember them?), and his start-up magazine Might.  And there is no predicting how the story might unfold, as a segment that begins as a straight narrative might develop into a distorted memory in which his brother breaks character and becomes the author’s conscience, challenging and revealing insecurities in an unusual structure.  Eggers is brilliant, bitingly funny, neurotic, and brave, and the story might meander at times, but this book ultimately yields a story that is approachable and moving.  And like all good memoirs, the humanity of his story is best evidenced by a simple fact.  At the end of the book, you’ve found a few pieces of yourself in the story.

If you’re interested in the book, you can have my copy now that I’ve read it.  You can send me a tweet to sulli1993, and I’d be happy to mail it or bring it to an upcoming Next event.  I’d always rather give a book away to be read again, rather than have it collect dust.  Besides, you’re already ten years late on this one.